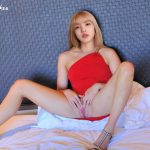 Park Soo-ah, previously known by the stage name Lizzy, is a South Korean singer and actress. She debuted as a new member of girl group After School in March 2010. Apart from her group’s activities, she has also starred in various television dramas, including All My Love and Angry Mom.